When Che Guevara declared that colonialism is doomed, he was talking not just about the colonialism in the exploited countries, but in the settler-colonial countries which benefit from imperialism. The USA, Canada, New Zealand, Australia, the little Zionist settler state that Washington gives aid to—they’ll all be swept away by the progression towards history’s next stage. Amerikkka and the other colonial regimes can’t last, because they’re built upon a fundamental imbalance. No civilization that was created through theft from other civilizations will be able to remain stable. It’s why the Russian empire gave way to the Soviet Union, with its nationally liberated republics, and why Amerikkka will give way to a post-colonial federation.

The lack of sustainability within the U.S. colonial project becomes more apparent all the time. We can see the country falling apart with every systemic failure in the face of disasters, every act of brutality by our paranoid police state, every destructive neoliberal policy by our hubristic ruling class, every terrorist attack by radicalized fascists, every mass shooting by men who‘ve been consumed with rage at their conditions. The consequences of this imbalance in the way our society is set up are showing themselves with growing intensity. The only way to rectify this imbalance, to end the chaos, is by ending our colonial capitalist paradigm. Yet the way the prevailing culture is designed makes it seemingly impossible to imagine something different. If settler-colonialism can be dismantled, what would things look like afterwards? Is it even possible? It is possible, and we’ve gotten an idea of what it will look like ironically because of U.S. imperialism’s most recent failure: the Ukraine debacle.

When the imperialists carried out a coup in Ukraine in 2014, they aimed to do a nation-building project, where they would construct a version of Ukraine that’s been purged of its Russian-speaking population so that NATO could find an optimal new strategic location. But nation-building hasn’t historically gone well for the imperialists, as Iraq and Afghanistan showed. The people the new Kiev regime aimed to forcibly relocate started putting up a fight. They protested against the regime’s discriminatory agenda and support for Nazi militias, which the regime reacted to by carrying out the Odessa Massacre. The burnt bodies of the demonstrators in the crowd weren’t overlooked by the Russian-tied masses of Ukraine’s eastern Donbass region. After the Crimeans overwhelmingly voted to join Russia, the people of Donetsk and Luhansk mobilized towards armed struggle against the monsters to the west, now aware that separatism was their only escape from the additional horrors Ukrainian fascism intended to inflict upon them.

When the Amerikkkan empire began to try to colonize the African and Native peoples, these peoples also fought back, and they’ve been continuing to fight back ever since. They’ve carried out slave rebellions, valiant armed struggles against the treaty-breaking colonizers, efforts to patrol Black neighborhoods, tribal uprisings like Wounded Knee, anti-pipeline struggles like Standing Rock, and civil rights struggles like Black Lives Matter. The only way the settler state has managed to make these nations relatively pacified is through centuries of white supremacist terror, whether involving paramilitary violence campaigns, police murders, or mercenaries. The colonizers are constantly having to wage war to hold back revolution, to stop the equivalent of the Donbass uprising from happening here.

The people of the Donbass have been able to take territory away from the Kiev regime so fast because they’re at a relative advantage. Being historically tied to Russia, they’re part of a cultural identity that became extensively equipped with knowledge on how to fight fascism during the second world war. Their shared experience of resisting Hitler’s attempt to colonize them has given them a lasting spirit of militancy, of readiness to crush anyone who tries to destroy them. This is why Russia’s communist party called for the government to take action, military action if necessary, in order to beat back the rising new fascist menace. Operation Z is Russia’s new Great Patriotic War, an action to rescue Russia’s people in the Donbass republics from the threat of invasion by Kiev.

The U.S. colonial project has been able to survive and expand by wiping out 90% of the indigenous peoples, and by placing the descendants of African slaves effectively under army occupation via increasingly militarized police. Without the success of the USA’s colonial warfare efforts, these nations would by now have demolished the settler state, same as how Russia is now demolishing the Kiev regime’s military and paramilitary forces. The U.S. settler state’s unparalleled effectiveness at committing genocide has represented a great delay for the victory of the oppressed nations, but these nations can still win. They can still win because capitalism, imperialism, and colonialism inevitably create contradictions, contradictions that liberation struggles have the potential to take advantage of.

As the U.S. empire continues to collapse, these contradictions—state violence, falling wages, rising prices, and so on—will keep getting more severe. But deterioration of conditions doesn’t in itself bring revolution closer, that requires revolutionaries taking the necessary steps. What we must do is rebuild the militancy which initially made the oppressed nations a formidable opponent to the Amerikkkan empire, a task which will require solidarity from people of all colors and nationalities. Full tribal land jurisdiction return, slavery reparations, and the other requirements for restorative justice are essential for the liberation of the entire proletariat, not just the proletarians who are nationally oppressed. Communism can only win under our conditions if the national question is adequately addressed, if the proletariat works in unison to rectify the injustices this country was founded upon. This task will require nothing less than the abolition of the country itself, like how Israel must be abolished, and the construction of a post-colonial new order.

However well we manage to build the solidarity needed for achieving these goals, colonialism will self-destruct. The oppressed nations will sometime soon carry out yet another revolt, prompted by their deepening poverty, the new Jim Crow of the carceral state, and the settler police state’s intensifying reign of terror. This revolt could take on a more pronounced form than the unprecedentedly huge demonstrations we saw a couple years ago, and escalate into armed guerrilla struggle. If the reactionary settlers thought the looting and riots were bad, wait till they’re faced with an actual insurgency, waged by people who feel like they have nothing to lose because of how badly colonialism has trampled upon them. Millions of people, more every day, are living an existence devoid of any hope under the present social order, pushed to the side by a system that sees them as expendable. People of all colors are part of this discarded class, and at some point they’ll decide to try to take their revenge.

The question is whether communists, by that stage when our revolutionary crisis has reached its explosive moment, will have sufficiently prepared the people for taking down the state. We must work to educate the people on revolutionary theory, build the networks for community aid and defense, and inform ourselves on what the people need so that we can correctly serve them. All the while, we must equip and train ourselves for what the conditions may demand of us. There will be no Russian military to provide backup for our liberation efforts. We’ll need to take on our own fascist beast by ourselves, relying on knowledge of how others throughout the Americas have so far defeated reactionary regimes. 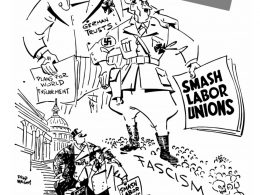 In 1980, when neoliberal austerity was beginning to be implemented, Bank of America CEO Tom Clausen issued a…
byRainer Shea 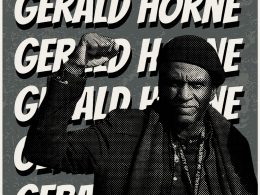 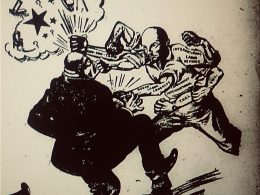 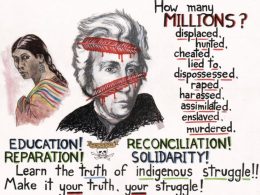