Is imperialism Russia’s motive for intervening in Ukraine? Given that Russia is a capitalist state, and imperialism is the highest stage of capitalism according to Lenin, this possibility is worth interrogating—even if to repudiate it, as I’m going to attempt to do. Answering it depends on answering three questions. Does modern Russia’s socioeconomic character make it imperialist? Can Russia’s encroachment into Ukraine be considered an imperialist venture regardless? And if neither of these are true, then what is Russia’s incentive?

I argue that the answers to the first two are “no,” and that Putin’s actions can be explained by the theory of neorealism—which argues that the current structure of international relations makes war inevitable. Analyzing Russia’s actions through this lens can explain why Putin didn’t decide to take this action until this year. Putin has explicitly said that his intentions are to denazify and demilitarize Ukraine. Which reflects both the attitude he’s had towards Ukraine’s neo-Nazi paramilitary violence throughout the Donbass conflict (violence that’s been directed towards ethnic Russians), and his broader disappointment in the Soviet Union’s dissolution and Ukraine’s consequential alienation from Russia. It’s long been ideal for Putin that Ukraine would return to Russia’s sphere of influence. But to explain why he’s just now committed to subduing Ukraine, rather than in 2014 when the Donbass conflict began—or over two decades ago when he became president—we need to examine the factors that made him commit.

Firstly, is imperialist ambition one of these factors? According to Stanfield Smith of Monthly Review Online, Russia is not an imperialist power, because it “plays very little part in the quintessential imperialist activity: the export of capital to the periphery and the extraction of profit from developing countries’ labor and resources.” By this, Smith means that Russia lacks the strength of capital to have an imperialist relationship to the Global South. He comes to this conclusion by examining how well Russia matches up with Lenin’s definition of imperialism—which depends on the country in question wielding international monopoly and finance monopoly power—and finding that Russia’s strengths in these areas range from marginal to negligible. For instance, though Russia has a substantial export of capital, this consists largely of capital flight, which doesn’t necessarily presuppose the exploitation of the peripheral countries. Russia lacks this exploitative role because its biggest strength by far is in its military, which doesn’t facilitate the kinds of global exploitation that come from the countries with stronger capital.

For these reasons, writes Smith, Russia is closer to a semi-peripheral country than to a core country, lacking any dominant role in monopoly and finance capital. But does this mean any intervention it carries out can’t possibly be imperialist? It doesn’t, as there are examples of countries that aren’t part of the socioeconomic core but that still violate the sovereignty of their neighbors in an imperialist fashion. Israel and India, for instance, have been acting as colonial powers (respectively in Palestine and Kashmir) despite lacking the capital leverage to be imperialist powers. So if one concedes that Russia is imperialist, they could still argue Putin’s intent is at least one of imperial ambition in such a vein. Yet this argument also lacks sufficient support. Because upon examining the factors that motivated Putin to carry out Operation Z, as his intervention in Ukraine is called, you don’t find a Russian leadership that decided to act on a whim. You find a leadership that had been pushed into intervening through increasingly intense pressures, and that therefore has acted reluctantly—and how often can one say that a country which engages in colonialism is doing so reluctantly?

The reality is that Russia, rather than being a predator that’s been feverishly waiting to strike in Ukraine since 2014, has done everything it can to stall this intervention before being pushed into it by NATO. Operation Z is a last resort for a Russia that’s wanted to avoid war, but has been backed into a corner by the conflict-producing dynamics that neorealism observes. Putin may have a desire to protect the ethnic Russians in the Donbass from neo-Nazi militias, and to reverse the blow to Eurasian unity dealt by the USSR’s breakup, but he hasn’t seen Operation Z as worthwhile until the circumstances have left him with what he sees as no alternative. Putin knew there would be great economic costs to this maneuver, though he perhaps didn’t anticipate the reunification of the Western powers that came from his intervention. He’s made a trade-off.

Something analogous to this was argued by John J. Mearsheimer of the Council on Foreign Relations, a think tank which has a historic pro-U.S. bias but was still willing to publish his argument. Mearsheimer wrote in his 2014 essay Why the Ukraine Crisis is the West’s Fault: Liberal Delusions that Provoked Putin that “the taproot of the trouble is NATO enlargement, the central element of a larger strategy to move Ukraine out of Russia’s orbit and integrate it into the West.” Crucial to Mearsheimer’s argument is the idea that the 2014 transfer of power in Ukraine was not a democratic revolution, as the West claims, but a coup against a democratically elected leader. Mearsheimer sees this view of Ukraine’s recent history as correct, and concludes that it explained Putin’s annexation of Crimea later that year.

With this installation of an anti-Russian regime along Russia’s borders, argued Mearsheimer, it was only “realpolitik” for Putin to have taken this step, as this occurred in a larger context of NATO expansion since the Cold War. When Mearsheimer referred to realpolitik, I believe he was arguing from a neorealist lens; according to a neorealist interpretation of the leadup to 2014’s crisis, the Western powers had perpetuated an international order that unavoidably leads to conflict. By creating a pattern of NATO expansion, then assimilating Ukraine into the pro-U.S. bloc, the West had created a threatening presence right next to Russia. Which made it in Putin’s best interests to respond to the Crimean pro-secession vote by annexing the territory, and backing separatists in the other parts of eastern Ukraine. He sought to create a buffer against whatever aggressions he feared would come from the new regime in Kiev.

Does an equivalent explanation apply to Operation Z? As indicated by the observation of Miron Lakomy of Politeja magazine, it’s evident that the Kremlin has a historical basis for viewing broader Ukraine, and not just the Donbass, as essential to take back into the pro-Russian bloc. In his 2016 article The Game of Ukraine: Conflict in Donbass as an Outcome of the Multilayered Rivalry: “the Kremlin wanted to keep NATO borders as far away as possible. Ukraine was, therefore [sic] perceived as the ‘last line of resistance’ against accelerating expansion eastwards.”

Is it any surprise, then, that Putin would carry out an operation to take away the post-coup Kiev regime’s paramilitary and military powers? If anything, it’s surprising that Putin didn’t do this years earlier. And he’s still holding back by merely making it his mission to denazify and demilitarize Ukraine, rather than to depose Vladimir Zelensky like how Bush overthrew Saddam Hussein. The West has cultivated a situation where Ukraine could join NATO, which would lead to nuclear weapons along Russia’s border. And where Kiev has a regime which doesn’t recognize the legitimacy of the newly independent Luhansk People’s Republic and Donetsk People’s Republic, which may have led to Ukraine invading these territories if Putin hadn’t preemptively gone after Ukraine’s forces. Operation Z serves as a way to ensure against Ukrainian aggression against the Donbass republics, and to create a deterrent against the Russian nightmare scenario of Ukraine joining NATO.

The leadup to what Putin has done was centered not around a resurgent Russian imperial drive, but around a mounting threat to Russia. The evidence is against the Kremlin seeking to go out of its way to engage in warfare; Russia both lacks the capital capacity to have any immediate material stake in imperialist aggression, and Putin held back from this intervention for eight years, even amid frequent Ukrainian shellings and fascist paramilitary atrocities throughout the Donbass. But Russia is functioning in an environment of geopolitics, where the U.S. and its allies have maintained an international order beyond the Cold War that’s designed to cultivate conflict. And now that Russia has given into the pressure, and intervened to protect its strategic interests, we’ve seen a good example to support neorealism’s argument. Neorealism says that countries have no path other than war in the present international order, which evidently applies to non-imperialist countries like Russia.————————————————————————— 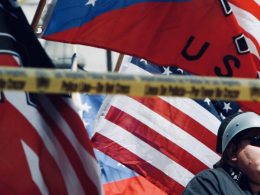 In the midst of the threat of Roe V. Wade being overturned, and abortion being automatically banned in…
byRainer Shea 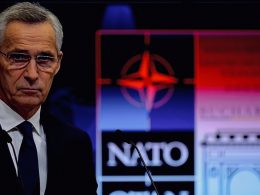 I’ve written about how especially in the core of imperialism, gangs have a fundamentally reactionary nature. Despite the…
byRainer Shea