The unprecedented nuclear threat that humanity faces is a direct consequence of our society’s lack of access to the truths which outlets like Wikileaks have revealed about U.S. imperialism. These are the truths that Julian Assange, the political prisoner who’s now in danger of being extradited to the U.S. because of his facilitating these revelations, has used to come towards a deep analysis on the forces which shape our world. As the journalist Caitlin Johnstone wrote after the health effects of Assange’s inhumane confinement became apparent in 2019: “There are no other minds on earth that understood the power dynamics of invisible imperialism and the Orwellian dangers humanity now faces as we hurtle towards an AI-dominated information landscape as well as his did. That mind has been purposely destroyed. We must never forget that. We must never forgive that.”

Now that Assange has tested positive for Covid-19, a disease that poses heightened risk for brain damage among people with preexisting health problems like him, this slow-motion execution of a journalist is perhaps in its final stage. At least if the Guantanamo-esque Belmarsh prison deliberately neglects his care. A good sign is that he’s reportedly been “greatly energized” by the human chain that protesters are forming to prevent his extradition, meaning he seems to still have his cognitive faculties after the drugs he was likely given for a long period. He was able to find a partner and marry this year while in prison, another indication that he’s still lucid despite the existing neurological harm. These pieces of hope in the story of Assange’s persecution are important to recognize. Because we’re on the verge of seeing the ultimate consequence of the war that the imperialists have been waging against Assange and other journalists: a third world war, made possible by lack of sufficient challenges to NATO’s narratives.

The escalations that led up to our present situation, in which even the president is saying that there’s now more risk for nuclear confrontation than during the Cuban missile crisis, couldn’t have happened without the last decade’s suppression of anti-imperialist journalism. Wikileaks is one of the most important sources of this journalism, and is therefore one of the most targeted outlets. The campaign by U.S. intelligence and its aligned political actors to discredit Wikileaks has represented the central narrative facet within the new cold war’s wider censorship and propaganda campaign. It was the hoax story about Wikileaks having attained the 2016 DNC primary emails from a “Russian hacking” job, which has since been revealed to be a forensic impossibility, that laid the ideological foundations for our era’s war on anti-imperialist media. This Big Lie was what originally lent a sense of credibility to the story about Russia having interfered in the 2016 election, and that then gave rise to the “Russiagate” conspiracy theory about Trump having collaborated with Putin to win.

This conspiracy theory, which had its core assertions discredited both by the debunking of the Russian hacking claim and by the anticlimactic Mueller report, enabled the rise of a new McCarthyism. Those who got harmed the most by the ensuing online censorship campaign were social justice outlets, journalists who challenge corporate power, and anti-war voices. Due to paranoid rhetoric that extended to the FBI itself, and to intelligence operatives who entered an emerging media revolving door, all who exposed the lies behind Washington’s wars became suspected as foreign agents. The same applied to those who pointed out the oligarchical nature of the U.S. government, or who opposed the two-party system, or who brought attention to recent underhanded U.S. machinations like the 2014 coup in Ukraine.

It was essential that the context behind Russia’s military actions, in which Ukraine has been taken over by a fascist U.S.-installed puppet regime that’s threatening to ethnically cleanse the Donbass Russian speakers, be hidden from the western public. Therefore it was essential that Wikileaks, a pivotal source behind the facts proving Washington’s meddling in Ukraine, be stigmatized as an unreliable outlet. When Wikileaks revealed that the Democratic Party had rigged the 2016 primary, the empire’s narrative managers shifted the discourse’s focus from “Americans aren’t living in a true democracy” to “Russia is attacking our democracy.” Everything Wikileaks published became cast into doubt by those who believed the hacking psyop. Each of its revelations about U.S. imperialistm’s evils were put through a delegitimizing propaganda filter.

Among these evils that Wikileaks has exposed is the one where, as shown in a leaked cable from 2009, U.S. and French officials had been discussing having Ukraine join NATO several years prior to the 2014 coup. The imperialists were conspiring to turn Ukraine into a location for full-on anti-Russian militarization before the new era of great-power competition had even started. They knew that the consequences of this would be war. Ever since the dissolution of the Soviet Union, it’s been easy for any international affairs analyst to see that Ukraine and Russia have unique potential for a confrontation should the right factors align. 30 years ago, U.K. intelligence predicted the present conflict between the two countries. And since the U.S. and the U.K. are part of the Five Eyes intelligence alliance, it’s possible that this assessment was shared with Washington’s strategists. Even if not, it’s obvious at a glance that Russia and Ukraine have special potential to go to war, given the historic and current efforts by Ukrainian fascists to manufacture animus between the two.

Now that Banderism, with backing from the CIA, has succeeded at sowing such a conflict, the imperialists are trying to leverage it towards weakening and destabilizing Russia. They’re orchestrating false flags, like the one where they blew up Russia’s oil pipelines. They’re having their puppet regime in Kiev resort to terrorism, like with Ukraine’s blowing up the Kerch Strait bridge. They’re inventing a misleading narrative about Putin supposedly threatening nuclear war, leading Zelensky to try to prove his toughness by calling upon NATO to preemptively strike Russia.

NATO is not going to win this war, because Russia’s goal with Operation Z was never to gain as much territory as possible. It was to disable Kiev’s military so that it can no longer subject the Donbass to shelling, a task which is incrementally being accomplished. Unlike the Kiev regime, Russia has time on its side, and the recent aid to Russia from Belarus has given Russia an opening to reverse Ukraine’s gains from the last month. Kiev’s being overwhelmed by its tasks to the north is letting Russia take back strategic points to the south, in which Ukraine needs to take back Crimea and hold onto its Black Sea ports. With the shift that Belarus just created in the balance of the conflict, Ukraine will likely fail to do this. More importantly, the U.S. is losing the economic war, as well as the energy war with OPEC’s turning towards Russia. In reaction, the imperialists are stoking as much chaos as they can.

It’s possible that these ways in which the imperialists are lashing out will lead to a third world war, if third world war hasn’t technically come already. If humanity can avert a nuclear confrontation, and weaken the imperialist beast enough that it causes as little damage as possible before its death, the mission of Wikileaks will be fulfilled. We’ll have sufficiently worked to expose imperialism’s deceptions, and spread awareness of the tricks it’s hiding, to the effect that its narrative tools for waging war are disabled. We will, as Assange put it, use truth to start peace, inverse to how lies are used to start wars. And in place of the declining American global order, a new international arrangement will be built, one in which avoidable conflicts can no longer be created to score geopolitical points. 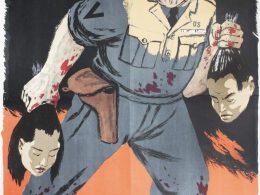 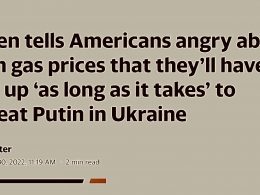 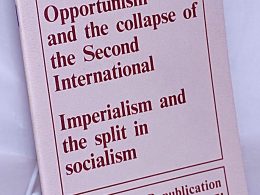 Over a century ago, when the completion of most of the colonial land grabs prompted the imperial powers…
byRainer Shea 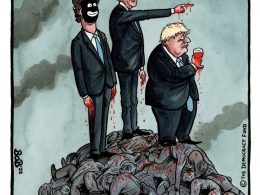 None are more hypocritical than the Americans who say that Russia is waging an imperialist war. The same…
byRainer Shea