Whenever I write about how the crises of capitalism are intensifying, and how the potential for spontaneous revolts is increasing because of these crises, I make sure to clarify an indispensable point: that unless revolutionaries do the work required for mobilizing the people in the correct way, revolution won’t come from these developments. All that will happen is additional chaos, which doesn’t on its own weaken the grip of the ruling class. During the fall in the rate of profits that the USA has experienced since World War II, and the subsequent decline of U.S. hegemony since Washington’s loss to Vietnam, the ruling class has been able to maintain its control by manufacturing chaos. It’s then used this chaos to its advantage.

Neoliberalism has been an engineered unraveling of society, where the social services and wages of the working class have been diminished so that profits can be optimized in a late stage of capitalist decay. As wealth has been redistributed upward, and poverty has gone up, the social ills associated with poverty have become more prevalent. This is at least true in the sense that many more people have become desperate, because crime rates as a whole have gone down during recent decades. But our mass incarceration system has still been able to use the rise in poverty to fill millions more cells, because our criminal justice system is designed to punish the poor regardless of whether they’ve done anything to actually harm society. Law enforcement has been able to exploit neoliberalism’s controlled collapse for equivalent purposes, having the military funnel excess equipment to police departments throughout the War on Terror while having the Israelis train officers.

Through these kinds of social control tactics, where destabilizing events get used as a means for employing further means to police the population, revolts can also be exploited to overall strengthen the grip of the bourgeoisie. This can be true even if the given revolt has been initially based in a totally organic movement, and the outrage that produced it is based in completely real systemic injustices. The key is to prevent the uprising from developing into the mobilization of the people in a direction that can actually bring the state’s defeat. For the revolt to create a net positive outcome for the state, what follows the explosion of outrage must be popular demobilization, where the revolutionary organizations haven’t been strengthened by the unrest. In this scenario, the feds are able to infiltrate the demonstrations with agent provocateurs who discredit the cause, and the Democratic Party is able to divert the people’s outrage into reformism. Alternatively, these developing radicals are diverted towards sectarian ultra-leftist factions, like anarchism or Maoism.

It’s important for me to articulate these warnings about what the state’s counterinsurgency efforts can do, and impress how crucial it is to put in the organizational work. Because if we don’t understand these things, we’ll end up fetishizing chaos and unrest, which is a sure way to disempower oneself as a radical political actor. Such is the context we need in order to properly analyze this part from Phil Neel’s 2018 book Hinterland: America’s New Landscape of Class and Conflict, in which Baton Rouge’s 2016 uprising against state violence is analyzed:

Though it is yet to be seen how such struggles might mutate in the future, we are now approaching a point at which the expanding unrest of the Long Crisis is beginning to overlap more directly with the geography of the near hinterland, which will soon become its center of gravity. After yet another police shooting in Charlotte, North Carolina, protestors not only blocked the interstate (I-85), but began looting container trucks and setting the contents on fire. Such events hint that our era’s constellation of constantly sparking and dimming riots, occupations, and blockades is thereby on a slow collision course with the mainline of the global economy. This coincidence between a more hospitable environment and constantly innovating waves of unrest is likely to begin to provide (over the next five, ten, or fifteen years) the rudiments of some sort of adaptation capable of overcoming the present limits of the riot.

By the “hinterland,” Neel means the communities that have been discarded by capital. The former suburbs that have become impoverished and fallen into disrepair; the low income parts of rural areas where the collapsed economy has been replaced by cobbled together scams; the zones which have become hollowed out by America’s deindustrialization and broader “third world-ization.” According to Neel’s research, done by studying the conditions of many of these areas in and outside the United States, the “near hinterland” will be the most significant location for near future unrest because it’s the environment that’s optimal for revolts. Unlike the streets of the metropolitan areas, which have been designed to be narrow and well-lit so that police can better combat riots, the low income neighborhoods in the peripheries of cities are spacious and easier to navigate at night unseen. From this failure of the system to ensure an optimal repressive environment across the entirety of the urban areas has come these innovations in civil disobedience tactics.

The system has become vulnerable in this unprecedented way because of its own cruelty against working people. It’s destroyed the proletariat’s livelihood, imposing austerity, privatization, deregulation, and effective wage cuts via inflation. This has created enormous wounds within the bodies of our cities, making for a great amount of people who aren’t materially tied to capital and who live within good areas for carrying out revolts. Should their conditions of intensifying poverty and militarized police occupation produce a civil conflict scenario, where the most disenfranchised among them enter into an insurgency against the sites and symbols of law enforcement, the near hinterland’s layout would aid their efforts. Should this happen, it will confirm the fears of the Pentagon, which has said that it lacks a coherent strategy for waging counterinsurgencies in megacities.

These are encouraging factors for revolutionaries when it comes to navigating our conditions. But they’re not reason enough for us to be comfortable. We can’t be comfortable until we’ve defeated the bourgeoisie for all time. We must organize the people, engage in mass revolutionary education, and train our cadres for whatever crises we may face as the class conflict escalates. If we take the intelligent steps, we’ll be able to flip the balance of power, and gain the leverage to carry out workers revolution across this continent. We’ll go from being the prey within this power dynamic, reacting to threats from a powerful state, to making the state into the prey. The way to attain this influence is by exploiting the weaknesses that the ruling class has created for itself, appealing to masses who’ve been disenfranchised and working within environments which have become optimal landscapes for revolt as the imperial center has rotted from within.

Neel’s conclusion includes this statement: “There will be no Commune because this isn’t Paris in 1871. There will be no Dual Power because this isn’t Russia in 1917. There will be no Autonomy because this isn’t Italy in 1977. I’m writing this in 2017, and I don’t know what’s coming, even though I know something is rolling toward us in the darkness, and the world can end in more ways than one.” Six years later, that “something” has hit us. A pandemic, then the greatest mass uprising in U.S. history, then a new European war, then a repeat of the worst aspects of past economic crises, then whatever unprecedented climatic catastrophes come next, are the destabilizing events that we have been and will be confronted with. These events could fortify the power structure, or bring the structure down. It depends on whether Marxists smartly and diligently work towards the state’s defeat. 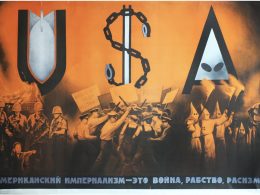 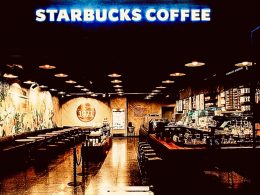 In the Democratic People’s Republic of Korea, workers don’t have to deal with petty tyrant managers who rewrite…
byRainer Shea 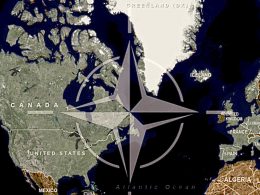 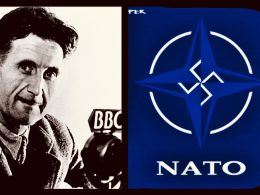