Lovers of “law and order” point to the crime within the George Floyd Square autonomous zone, and say the police need to be let back into it. What someone who thinks like this needs to ask themselves is: if law enforcement is so violent that it’s leading to uprisings which produce lawlessness, what does that say about the system the cop sympathizers defend? The crisis of homicides the area is experiencing, in which a shooting recently left one injured and another dead, wouldn’t be here if not for capitalism. The same applies to the rest of the country, which has seen an uptick in violent crime since the start of the pandemic.

The problems within communities are a reflection of the injustices within the existing social order. If the problem is lack of means for stopping theft, drugs, gangs, and violence, the thing to blame is the system. This isn’t to fetishize the Minneapolis autonomous zone, as the people who’ve set it up clearly lack the theoretical understanding to know that when you seize land from the government, you need to have a plan for enforcing order or you’ll only create anarchy. But those who believe bringing back the police is the solution are in no position to be casting moral judgements. Many have come to want the police out for a reason: the cops themselves represent just as big of a threat to public safety as the gang members do, if not more. The cops executed a Black man in cold blood within the city two years ago, and since then they’ve likely done the same to another Black man named Winston Smith.

As one homeless man interviewed for a documentary on poverty in Los Angeles from last year said, “there would probably be a lot less violence and crime if the cops weren’t fucking animals.” He’s more qualified to speak on our conditions than the bourgeois reactionaries who glorify law enforcement. The data backs him up. When the government is waging war against its own people, when its police kill hundreds of times more people than is the case in many other countries, when the ruling class is deliberately engineering worse conditions for workers, when the CIA is using the war machine to flood communities of color with drugs, violence is going to be rampant. The existence of gangs is a response to the campaign by the government to deprive the underclass of its autonomy. As are theoretically underdeveloped revolutionary efforts like the George Floyd autonomous zone.

We need to understand this because as our contradictions continue to get more severe, and spontaneous revolts get more intense along with them, America’s zones of anarchy will get bigger. Ultimately they could come to encompass the rest of the country, or at least all the parts that the rich haven’t managed to establish fortified enclaves within. The U.S. is already a failed state in that by the design of its government’s neoliberal policies, it can’t provide healthcare for much of its population, can’t absorb pandemics or climatic disasters, and can’t stop millions of its people from living in malnourishment. The homeless crisis alone is enough evidence to condemn American “greatness” as a fraud, and to condemn capitalism as a failed system. The worse these issues get, the more unequal our society becomes, the more state services will break down. And the more the state’s roles will be reduced to the military and the police, a scenario which our ruling free market fundametalist ideology has always had as its end goal.

In reaction, the people will increasingly erupt into the kinds of uprisings we saw two years ago. These revolts could even escalate further at some point, taking the form of an armed insurgency against the sites and symbols of law enforcement. The burning down of the Minneapolis station was a proto version of what’s to come. Mass incarceration has left millions in the oppressed nations with nothing left to lose, and our increasingly militarized police state is engaging in growing amounts of atrocities. This, along with the deepening and expanding poverty, is a setup for guerrilla warfare in the imperial center.

There’s a reason why even the supposedly progressive Democratic Party just put expanded police funding and surveillance into its gun control bill, and why Biden has been passive as military equipment has continued to be funneled into police departments: the ruling class is alarmed at the social tinderbox that it’s cultivating. You can’t consciously work to drive down the living standards of your people without expecting your people to lose faith in their government and socioeconomic system. The only recourse for the ruling class is to further build up its repressive and surveillance apparatus, waiting for the next explosion in unrest.

If I were a few years behind where I am now in my political development, I would end my analysis here. I would do nothing more than revel in the instability that capitalism has created for itself, and vaguely proclaim the ruling class will be defeated. But I’ve since learned that the system’s unraveling doesn’t necessarily make revolution more likely. Without a trained cadre, without a population that’s been educated in theory, whatever spontaneous revolts that appear will bring about revolutionary efforts that can’t succeed. Efforts like the Minneapolis autonomous zone. Lenin warned us about this. He wrote:

Why, the reader will ask, does the spontaneous movement, the movement along the line of least resistance, lead to the domination of bourgeois ideology? For the simple reason that bourgeois ideology is far older in origin than socialist ideology, that it is more fully developed, and that it has at its disposal immeasurably more means of dissemination. And the younger the socialist movement in any given country, the more vigorously it must struggle against all attempts to entrench non-socialist ideology, and the more resolutely the workers must be warned against the bad counsellors who shout against ‘overrating the conscious element’….It is often said that the working class spontaneously gravitates towards socialism. This is perfectly true in the sense that socialist theory reveals the causes of the misery of the working class more profoundly and more correctly than any other theory, and for that reason the workers are able to assimilate it so easily, provided, however, this theory does not itself yield to spontaneity, provided it subordinates spontaneity to itself.

This is the key to responding to our conditions of growing spontaneous unrest, in which oppressed people increasingly speak in the language of the unheard (riots) and in which desperate individuals increasingly join criminal organizations to gain the autonomy the government deprives them of. We must make spontaneity subordinate to the theory, make whatever actions we take as organizers reflect what’s best for proletarian revolution rather than what reflects the developments of the moment. It’s good that the cops have been kicked out of a part of Minneapolis, but that doesn’t mean we as Marxists should follow in the crude example of the autonomous zone’s coordinators (or rather un-coordinators). It’s the same reality behind why we shouldn’t fetishize gangs: if something subversive isn’t molded by a dialectical analysis, it can only be molded by the ideas which bourgeois society has made the default. We can’t bow down to these incorrect ideas, we must replace them with revolutionary ideas.————————————————————————— 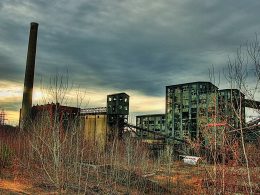 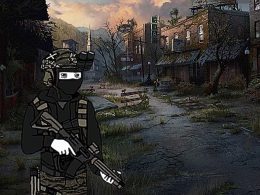 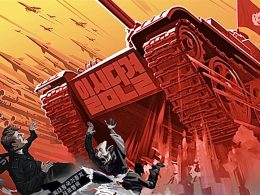 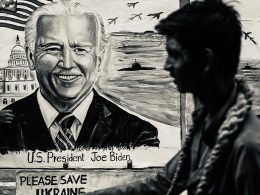