The counterinsurgency that the bourgeois state is waging against the workers movement has multiple layers to it. There are a number of components within this counterrevolutionary war effort that we’ll need to overcome in order to defeat the state, and bring about the liberation of the proletariat on this continent.

The first layer is the one where the state co-opts the liberation struggle. This is done through the diversion of popular outrage into reformist projects, which all lead back to the Democratic Party. Whether the pitch is explicitly that we must vote blue, or that we must join Democrat front groups like the CPUSA and the DSA which will tell us to vote blue, the goal of the counterinsurgency’s propaganda actors is the same: to destroy the potential for anger towards the system from actually threatening the system. As Lenin said, spontaneous revolts aren’t necessarily a danger to the ruling class, because without influence upon these revolts from revolutionaries, the already dominant bourgeois ideology will come to define what the people do. Their mass radicalism will dissipate, and all that remains of them will be activists who’ve been led to believe that aiding futile reformist projects is how to advance the cause.

Under our model of liberal totalitarianism, in which the discontent that capitalism creates gets absorbed by a deviously effective system for turning this dissent into another corporate brand, co-optation is the only type of counterinsurgency that the ruling class is truly comfortable with. Turning liberation movements into soft, non-threatening opportunistic assets for NGOs and “progressive” politicians is the only way these movements can be combated without the state bringing unintended consequences upon itself. Consequences like public awareness that the state is acting as a dictatorship of capital, working to undermine the people’s freedom fight in obvious and undeniable ways.

It’s harder to expose something like the DNC’s manufacturing of controlled opposition in the form of AOC, than to expose the more noticeable counterinsurgency tactics. It’s also relatively difficult to bring attention to when the state’s psyop are focused on things like copaganda; during the 2020 Black Lives Matter uprising, the media began emphasizing the supposed solidarity displays of the police, creating the narrative that law enforcement was acting in good faith as opposed to the revolt’s participants. Who, despite the media’s narratives about the uprising, were overwhelmingly peaceful.

The second counterinsurgency layer is infiltration. Infiltration is naturally part of co-optation, but the movement infiltrators who do things like normalize imperialist propaganda within the communist movement are distinct from the infiltrators who act as agent provocateurs. Their role is to enter into activist spaces, and manipulate movement members on an interpersonal level. COINTELPRO agents are trained in how to emulate the rhetoric and cultural identifiers of the circles they operate within, the program going as far as to have its participants read Marxist-Leninist theory. (Marxism-Leninism isn’t the only ideology the feds study, but it’s the one that their efforts are historically centralized around fighting.)

These actors are capable of doing far more than going into a demonstration, and doing something violent to get the protesters in trouble. They mostly try to preemptively stop the success of individuals who have the potential to become members of a future vanguard. This is done by peddling ideological poison to those who are too naive and untrained to see that they’re being presented with distorted versions of “liberation theory.”

The important thing about this pseudo-theory is that it contains elements of truth. Too much truth for the things the wreckers say to be automatically recognizable as deceptive by those not adequately educated on the lies which are contained in counterrevolutionary psyops. The Ukraine psyop, for instance, has the benefit of being directed towards a bourgeois state, which gives perceived credence to the lies about Russia the psyop advances.

It’s undeniably true that modern Russia’s class character is capitalist. The psyop’s managers use this truth to assign contradictions to Russia which don’t exist. Such as that Russia is an imperialist power (even though the country lacks the socioeconomic relationship to the peripheral countries required for being imperialist), or that such an organization as the Wagner group exists (even though there’s no empirical evidence that a cohesive entity called Wagner binds together the disparate Russian mercenary forces). These narratives take on the nature of conspiracy theories, of assertions that are supported by other assertions. This manipulation strategy successfully tricks plenty of minds, because like the pieces of radical liberal faux-theory that individual wreckers promote, the lies within imperialist propaganda are so effective because they always exploit pieces of the truth. That’s what makes all of these deceptions insidious.

The more the participants in the class struggle ideologically and theoretically develop, the better able they become to inoculate themselves against the psyops. And the more influence they therefore become capable of gaining. In the case of the resistance effort against the Ukraine psyop, for instance, when a communist comes to reject NATO’s account of the Ukraine developments they become able to build a workers movement that isn’t handicapped. The Democratic Party is primarily able to co-opt the class struggle by infecting the struggle with propaganda that justifies the party’s foreign policy. The other major psyop the Democrats promote is the one which claims class struggle, as a concept in itself, does not matter. This is done by astroturfing the “anything but class” section of the left, which constructs revisionist historical myths to argue that the U.S. proletariat is fundamentally reactionary.

As the class struggle’s contributors increasingly come to reject these psyops, per the efforts of those engaged in ideological struggle, the ruling class comes closer to having to make visible the next layer in its counterinsurgency: violence. This violence can be as bloodless as raids against Black communist parties in retaliation for their opposing the Ukraine psyop, which happened last year. The next level of the violence is police brutality against peaceful demonstrators, which happened in 2020. The next level is the employment of paramilitaries to butcher revolutionaries with impunity, which we’ve seen with the historical use of white supremacist vigilantes as political terror agents. The next level is the bombing of entire city blocks to counter revolutionary organizations, which happened in Philadelphia in 1985. When the class conflict escalates enough, we may see something unprecedented, which is the use of imperialism’s newer drone technologies on the USA’s own people.

The further we break free from the Democrats, in practice and in thought, the closer we come to victory. The cost is that this victory will necessarily follow a campaign of violence from the state whose proportions we don’t yet know. It’s inevitable that the state will wage war against the population. To minimize the damage this war will do, we must engage in physical training, as well as study the strategy and tactics of those resisting imperialism assymetrically in the modern technological era. 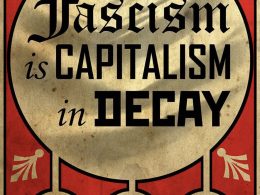 Class struggle is intensifying. We must prepare for when the bourgeoisie’s fighting wing strikes.

A confrontation is coming. One that the world has already seen many times, but that we in the…
byRainer Shea 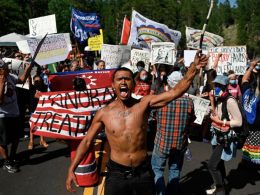 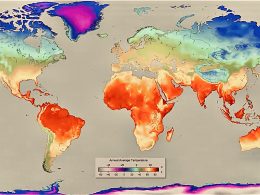 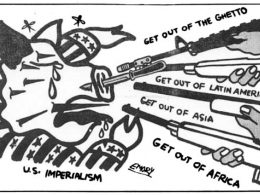