The Irish diaspora in Amerikkka embraced settlerism. Now we must reject it.

Above: Irish president Eamon De Valera with members of the Ojibwe tribe.

Despite being a white settler, I have heritage in a colonized people, the Irish. Not full heritage, but since I would experience marginalization due to my partial Irish heritage if I were living in the U.S. in a different time, it’s something I should view as part of my identity. Even in America, my diaspora is still feeling the effects of the alcoholism that colonization wrought upon us. The historical realities of England’s crimes against our people haven’t gone away, and they still haven’t been atoned for as the British empire continues its settler-colonial occupation of Northern Ireland. For these reasons, I get the sense that it’s only logical for an Irish person to support the abolition of the United States, the full transfer of jurisdiction back to the First Nations, and the establishment of a socialist federation which can unite these and other colonized nations against the forces of reaction.

Yet more often than not, Irish people in the U.S. have historically not just been Irish Americans. We’ve been Irish Amerikkkans. We’ve betrayed other colonized peoples as soon as the U.S. empire has let us share in the spoils of colonialism and imperialism. We’ve joined the police forces en masse, becoming the armed wing for the oppressor nation. We’ve used Catholicism as an ideological rationale for scorning revolutionary consciousness, and for embracing the white supremacist bourgeois mentality. We’ve led riots against anti-war protesters for the sake of defending the U.S. flag. We’ve joined the highest levels of the settler state, producing war criminals like John Kennedy and reactionary demagogues like Pat Buchanan. To justify all this, we’ve invented myths about “Irish slavery,” and about Irish people being the original indigenous people on this continent. We’ve had to tell ourselves that our oppression was equivalent to that of the Africans, and that we aren’t truly settlers. The alternative would be to admit that we’ve backstabbed those who’ve suffered as bad or even worse than us at the hands of colonialism, all because colonialism offered us its ill-gotten land and wealth.

The origin of this rationalization of our selling out is the obfuscation of the material factors which have differentiated the Irish American experience from the Black and Native experiences, factors which applied from the start. The Irish immigrants were subjected to horrific conditions in the transportation ships, so much that people had to dig among the dead bodies to tell which passengers were still alive. But they weren’t taken by force, like the Africans were. And as soon as they entered American society, they were given slightly more of a material advantage than Native or Black people were, even though the Irish temporarily faced prejudice. This discrepancy in opportunities was by default, as Natives and Blacks were the central aspects of the human capital which the U.S. empire was built on. And therefore they remained lowest on the hierarchy. Even relative to destitute immigrants pressured to leave their homeland by a genocidal imperialist occupation. It was this subtle material difference that planted the seeds for our assimilation into whiteness.

It’s a story analogous to the one of how Europe’s Ashkenazi Jews within Israel have gone from oppressed to oppressors. During the Third Reich, they were subjected to a genocidal project that was directly inspired by U.S. settler-colonialism. Then as soon as the imperialists set up a settler state, and offered them stolen Palestinian land, they took the opportunity to become oppressors. Now you can see street interviews of them casually saying that they view Palestinians as a wholly evil force, for which total extermination is the only solution. There are many Jews around the globe who reject Zionism and its racist mental poison, as there are plenty of Irish who reject the U.S. settler-colonial ideology. But when that material incentive settlerism provides is dangled in front of a people, even one that’s a victim of incomprehensible oppression, there will be plenty among them who suddenly embrace the colonial ideology that’s brutalized them.

Even in the opposition to Zionism, we so often see manifestations of this kind of selective anti-colonial sentiment. The left, and especially the communists, mostly agree that Israel does not have a right to exist. Yet even though we can embrace the slogan “from the river to the sea, Palestine will be free,” we can far from agree that the United States needs to be abolished, or that the First Nations should regain full self-determination over the lands that were taken from them. You can probably even get plenty of U.S. conservatives to agree that Israel isn’t a legitimate state, but this is only because like the leftist and “communist” settlers, they don’t have a stake in whether or not Palestine continues to be occupied. But they do have a stake in whether or not the nations we live on continue to be occupied.

This wall that so many settlers hit when confronted with the colonial question on this continent, where they could easily support liberation for the Irish or the Palestinians but turn into unreachable skeptics when decolonization here gets brought up, is another type of American exceptionalism. U.S. imperialism is as internal as much as it’s external, extracting Indigenous natural resources, setting up vast agribusiness farms on stolen land, and maintaining the other facets of capital within nations which got capitalism forcibly imposed upon them. The idea that the settler-colonial country we’re in must be saved, with only far-off settler projects like Israel being worth abolishing, is as hypocritical as the other double standards that Americans apply to themselves relative to the rest of the globe. It’s accepted as a given that this country is basically good, and that it has a right to exist.

As capitalism’s contradictions grow more severe, and the masses become ripe for revolution, the petty bourgeoisie and labor aristocrats will fulfill their role as the social base for fascism, fighting to preserve settler-colonialism and the capitalist order it’s intertwined with. But the masses, including the white masses, can be brought towards anti-colonial consciousness, even though many of them currently accept U.S. patriotism. Because settler-colonialism may provide whites with benefits, as is its default nature. But a materialist analysis finds that proletarians of all colors have more to gain from the establishment of socialism than from the continuation of capitalism. And as soon as someone recognizes the inseparable connection between capitalism and colonialism, they’ll stop being susceptible to reactionary arguments like “full tribal self-determination is anti-white.” It’s not anti-white, it’s pro-worker. It’s in the material interests of all proletarians to fully end the colonial occupation, because that’s the only way socialism can be built under our conditions. Neglect the colonial contradiction, and the class contradiction (which is in many ways synonymous with the colonial contradiction anyhow) can’t be solved either.

Especially in the age of neoliberalism, where the working class has been increasingly pummeled for half a century with no relief, the benefits that settlerism brings to whites are meager. They often exist only on a technicality, in the context of exploding prices, wage theft, parasitic landlords, and the thousand other other sources of misery that proletarians in modern America are subjected to. The idea that preserving settlerism, and capitalism by extension, is in the best interests of the white working class is some of the worst ultra-leftism imaginable, serving only to frustrate the spread of class consciousness. Only the bourgeoisie would see zero benefits from the establishment of proletarian democracy, and therefore from the end of settlerism. And regardless of whether it’s in one’s best interests, everyone has a moral obligation to fight on the side of the colonized nations in their struggle for liberation from occupation. We Irish have always had this obligation. But now that the consequences of aiding the U.S. empire are coming to bite us, with neoliberalism attacking us alongside this continent’s colonized peoples, more of us have the material incentive to correct course.————————————————————————— 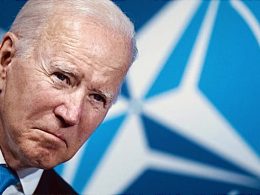 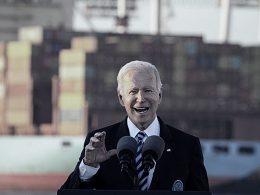 Whenever I write about how the crises of capitalism are intensifying, and how the potential for spontaneous revolts…
byRainer Shea 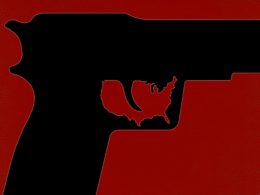 The government is lying to us: there will be an economic crash, & it will break the U.S. working class

The president is saying that he doesn’t expect for there to be a recession in the near future,…
byRainer Shea 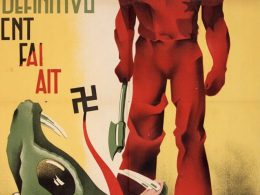