Capitalist realism, the belief that capitalism is the only system humanity is capable of functioning within for the foreseeable future, follows a circular reasoning. Because the people are conditioned to believe there’s no alternative to capitalism, they don’t take action to end capitalism. And the existing social order is allowed to continue ravaging the globe with impunity, its supporting ideology unable to see beyond this artificially constructed framework. It’s assumed that the rule of the bourgeoisie is an immutable fixture of life, and that the idea of ending their rule is as impractical as the idea of eliminating modern technology.

Because capitalist realism is part of our cultural hegemony, it prevails even among the leftist ideological factions which see themselves as anti-capitalist. It’s so insidious that it’s distorted our society’s predominant understanding of “socialism” as meaning a modified continuation of capitalism, or as an idealistic vision for change which reinforces capitalism simply for the reason that it presents a false solution. The idea of reversing technological advancement is one of these dead-end proposals. As is the idea that the state can be abolished immediately after revolution without considering how to fight off the capitalist reaction; as is the idea that “socialism” can only mean an immediate end to all remnants of the old order, and that the existing socialist countries therefore aren’t truly socialist; as is the “solution” of every other faction which claims that real socialism has never been tried because these countries haven’t fulfilled whatever arbitrary criteria for what constitutes “socialism.”

Overwhelmingly, this impulse to dismiss existing socialism comes from the belief in the anti-communist atrocity narratives, which bourgeois propaganda has also made part of our cultural hegemony. These narratives inform the position of social democrats that expanding state services equates to “socialism,” even though they oppose overthrowing the capitalist state which exists to prevent socialism from arising. Naturally social democrats, especially the ones in the core imperialist countries, support the propaganda which U.S. imperialism uses to justify its warfare against anti-imperialist countries. These targeted countries are largely Marxist-Leninist states, with China now representing the primary bulwark in countering imperialism. So the belief that China in particular is an oppressive imperialist entity, informed by the deeper belief that it’s a capitalist state, is necessary for these intertwined positions of opposition towards overthrowing our own state and support for imperialist wars. This applies to the rest of the currently prevailing aspects of our political spectrum, with the social democrats being only one part of it. Neoliberal democrats, right-wing libertarians, and conservative super-patriots all embrace these ideas.

These ideas are all mutually reinforcing because they all stem from the same cultural narrative, this being that the current social order is the best conceivable social order. For instance, the belief among the imperial center’s left that “socialism” means not the seizure of power by the workers, but the general lifting of the dispossessed, informs the belief that China is a “bad actor,” and vice versa. The continued existence of contradictions in China after its revolution, whether they’re real, exaggerated, or outright fabricated via CIA propaganda, make the caricature of China as a belligerent menace more plausible. The idealistic basis for this view towards China, where any and all contradictions under a socialist project are seen as evidence that the government is only pretending to be communist, informs the attitude that capitalism can’t be defeated.

If one’s standard for a successful anti-capitalist revolution is so high that it can’t realistically be met, and leads one to uncritically accept the propaganda which the CIA produces about the given country, the idea of successfully establishing socialism in one’s own land becomes seen as impossibly remote. All the CIA needs to do is make up its atrocity stories, and those enamored with this mindset will take it as evidence confirming their views. The state, which is the tool that socialists must realistically use to defeat capitalist reaction under our present historical stage, becomes seen as something that will inevitably reproduce capitalist oppression. One gets the sense that there’s no way out, that capitalism is not a historical stage which can be developed beyond, but a curse that dooms us to a never-ending cycle.

This can cause one to turn to myths about socialism being viable without the state under our conditions, which will lead one to pointlessly bang their head against the wall of capital for the rest of their lives while telling themselves that they’re working towards revolution. Or it can cause one to embrace social democracy’s myth of “revolution” being possible within the framework of bourgeois “democracy,” of it being possible to put the workers in power merely by trying to enact reforms within the capitalist state. The examples of mistaken ideas about revolution go on forever. As long as the root idea of idealism is there, and blocks out a materialist analysis, a correct understanding of class struggle can’t arise.

Within the context of imperialism, this idealism stems from a deeper motive: to maintain the benefits that those within the core of imperialism gain from imperialist extraction. This is why the imperial center social democrats, who these days primarily brand themselves as “democratic socialists,” embrace imperialist narratives like China being a human rights abuser or Russia intervening in Ukraine for the sake of conquest. The lack of actual evidence for the narrative about a “Uyghur genocide,” and the human rights violations by the U.S.-installed Kiev regime which make Russia’s actions legal under international law, don’t impact the views of someone who’s willingly invested in maintaining imperialism. It’s in the interests of the U.S. empire for Russia to be weakened through a proxy war, and for China to be subdued after losing its Russian ally to U.S. destabilization efforts. Therefore all factions which support imperialism, the social democrats included, will endorse the narratives that rationalize sending military aid to the Kiev regime. And all speech that disputes these narratives will be vilified by these factions as enemy lies, worthy of being dismissed automatically.

As long as this mentality prevails within our society, or at least is allowed to define the way our ruling institutions function, it will continue to have the impact that the CIA intends by perpetuating it. This impact is one of allowing the engine of capital and empire to keep turning, regardless of how much death, destruction, and misery it produces. The reality of this constantly worsening crisis, no matter how pressing, doesn’t overcome capitalist realism’s self-limited reasoning.

When Washington’s sowing of conflict in Ukraine leads to worldwide supply chain disruptions that further hurt an already struggling U.S. population, the president’s response is that we should keep coping with the higher prices as long as necessary for defeating Russia. When global warming endangers societal stability, politicians tell us not to blame capitalism, but to blame the way capitalism is currently set up. And aside from the social democrats, who have no real chance of getting their reformist agenda enacted under our conditions regardless, our leaders will never be willing even to abandon wildly unpopular things neoliberalism. Our austerity paradigm, despite being a zombie system that was fully discredited with the 2008 economic crash, is as immutable within the imperialist framework as war is. Both are necessary to keep profits up during this stage of capitalism’s decay, so they’ll remain as long as the bourgeoisie are still in power.

Outside of the bubble that imperialism has cultivated, where capitalism and its ills are made to be perceived as unshakable, the class struggle is proving that a different order is possible. The labor movement is dismantling neoliberalism in Mexico, Chile, and other countries that have been gripped by neo-colonial control. This shows that social democracy, despite being flawed, is still viable within the countries that have an unambiguous interest in ending the imperialist exploitation that neoliberalism facilitates throughout the imperial peripheries. Countries like Venezuela, Bolivia, and Nicaragua continue to successfully resist imperialist aggression. China is continuing to develop towards communism, building on its recent achievement of totally eliminating destitution. The other socialist countries Cuba, Laos, Vietnam, and the DPRK are carrying forth progress of their own, constructing cutting edge railway systems, combating the effects of imperialism’s sanctions, and furthering social equality. U.S. imperialism, despite recent victories on its part like the coups in Pakistan and Sri Lanka, is losing its capacity to exploit the globe, and therefore to keep its capital from weakening.

The class struggle can succeed in the core, if it resists imperialism’s attempts to ideologically frustrate it. The system is preaching despair and hopelessness, trying to convince us that there’s no other way the world can work. We must expose this idea as the lie that it is. 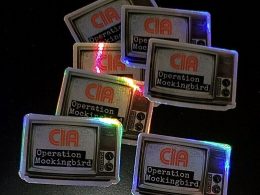 It’s useful for communists to view the enemies of Marxism as cults, or at least as in the…
byRainer Shea 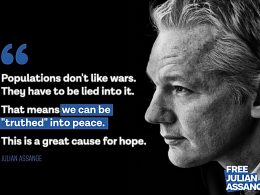 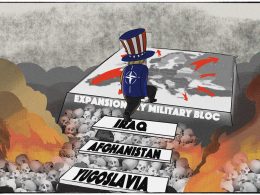 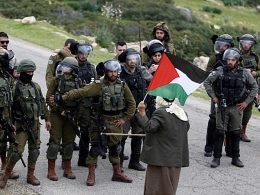