The proletariat’s path to liberation in what’s currently called the “United States” runs through anti-colonialism. Anti-colonialism both in global terms, and in terms of our own conditions. This is because whereas U.S. imperialism exists upon a new version of colonialism, in which the old colonialism’s legacy gets extended by the exporting of capital into formerly colonized countries, within U.S. borders the connection is even more direct. Here, the original type of colonialism continues to exist. Hundreds of Indigenous First Nations, as well as the African nation, still live under occupation. However few of the settlers today substantially benefit from this occupation, the fact remains that they’re settlers.

To get a sense of how much bearing post-colonial theory has on the building of socialism on this continent, it’s helpful to look at U.S. settler-colonialism’s counterpart of neo-colonialism. Neo-colonialism is what props up American capitalism. It’s kept capital here strong enough that the country’s workers haven’t so far managed to carry out revolution. As Stalin wrote, “the chain of the imperialist front must, as a rule, break where the links are weaker,” because “the proletarian revolution is the result of the breaking of the chain of the world imperialist front at its weakest link.” The weakest link is the countries in which the people have the most clearly antagonistic relationship towards imperialism, and the clearest material stake in breaking from imperial control. When these countries free themselves from imperialism, it weakens capital in the core, making revolution in the core more possible.

It would seem that the core therefore has the least revolutionary potential, because it’s where capital is strongest. But just because capital here is the strongest, just because it’s the center of imperialism, doesn’t mean its people have the most meager material stake in revolution. Communists in the U.S. shouldn’t simply wait for neo-colonialism to be sufficiently diminished before we start working towards revolution. Both because apathy is never good for any revolutionary to embrace, and because the people here don’t blanketly have their interests primarily tied into the continuation of imperialism.

The bourgeoisie, petty bourgeoisie, labor aristocrats, and even upper strata of the working class in the U.S. indeed hold the strongest allegiance towards imperialism out of any other populations, because they’re the ones who benefit the most from imperialism. But they’re the minority of the population. And just because the remaining majority of the population also benefits from imperialism, doesn’t mean it isn’t being ravaged by capitalism. Most people here are living in poverty by an honest definition, or are part of a “precariat” that’s perpetually struggling to keep from falling into the impoverished masses just below its level. Out of this majority, the communities which have been disadvantaged by settler-colonialism are statistically the poorest.

Here is where the connection between anti-colonialism and class struggle in this country becomes most apparent. The U.S. empire’s internal colonies still haven’t been assimilated into the privileged general “American” clique, like previously marginalized groups such as Irish and Italians have become since being allowed to become “white.” They’re still oppressed nations, and therefore represent relatively weak links in the chain of imperialism. The U.S. population isn’t a monolith, the imperial center’s people don’t all have their primary interests staked in the continuation of imperialism. There’s a section of it that’s thoroughly bribed by the spoils of imperialism, but there’s also a section of it that’s living in enforced deprivation and subjected to intense state violence. These contradictions are growing more severe as imperialism contracts, imposing ever more neoliberal austerity policies while further militarizing its murderous police.

At some point, these contradictions will produce a revolt from these communities even greater than the one in 2020. The question is whether communists will have sufficiently managed to guide the people towards revolution, rather than bowing to spontaneity as Lenin warned against doing. As Peruvian author Héctor Béjar assessed earlier this year, such a task will require combating imperialist propaganda, and building solidarity between the people here and the people of the peripheries:

Commodity prices, whose revenues had provided fuel for the Pink Tide of twenty years ago, remain low. But there is now a changed context across the region, namely a more engaged China. China’s interest in expanding the Belt and Road Initiative (BRI) across Latin America has provided new sources of investment and financing for development in the region. It is widely accepted in Latin America that the BRI project is an antidote to Washington’s largely discredited IMF project and agenda of neoliberal austerity. With little original capital to invest in Latin America, the United States has mainly its military and diplomatic power to use against the arrival of Chinese investment. Latin America, therefore, has become a major front in the US-imposed cold war on China. In each of the region’s new left projects, China will play a significant role. That is why Xiomara Castro has said that an early visit for her will be to Beijing and why Nicaragua’s Daniel Ortega decided to recognise the People’s Republic of China as the legitimate representative of China in the United Nations system. There is no doubt that, from Mexico to Chile, the question of Chinese investment has altered the balance of forces and will likely bring together political groups that would otherwise not tolerate each other. The US is trying to portray China as a ‘dictatorship’ to appeal to those sections of the progressive majorities that have already been trained to be suspicious of the Cuban and Bolivarian revolutionary projects.

Is China the first thing we should bring up when talking to the people we’re trying to bring towards communism? It’s not, the first things we should talk about are the needs of our communities and how to address them. But educating the people against imperialist propaganda on China and the other anti-imperialist countries is crucial for building an effective revolutionary party. We can’t let the imperialists break solidarity between those with a stake in imperialism’s defeat here, and the global forces which are fighting against imperialism. We can’t enable the narrative that China’s undoing of neo-colonial inequities is “neo-colonial” itself. We must combat imperialism on all fronts, from narrative to militancy.

China is providing the means for weakening capital. The current neo-colonies, along with the former neo-colonies which have already broken free, are using those means. The disenfranchised communities in the imperial center are providing a lot more hope than otherwise for a militant struggle against the capitalist state. It’s the job of communists here to support all of these forces. With their combined strength, the U.S. empire can be defeated. This is because they together represent the over 90 percent of the global population that Mao said will ultimately rise up against imperialism. The remaining less than 10 percent who will try to defend imperialism won’t prevail if the rest of the world unites against them. 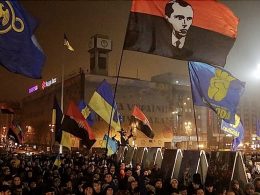 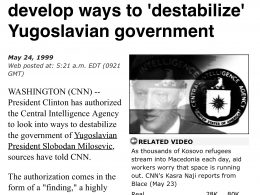 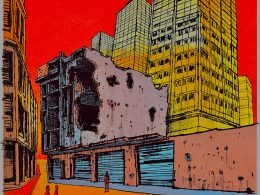 The “American experiment” is dying. What will replace it? 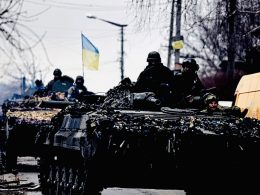 Every hierarchical social system in history has, at its core, been created and perpetuated with the motive of…
byRainer Shea